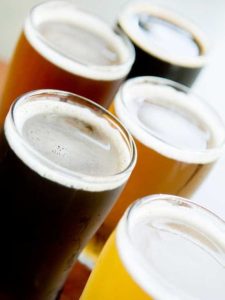 Here at WestWaters Hotel, we know a thing or two about beer. But it’s not all just pouring a good drink – here are some fun beer facts you can use next time you’re at the pub!

1. The builders of the Great Pyramid of Giza were paid with a daily ration of beer.

3. Beer soup was a common breakfast in medieval Europe.

5. Beer was more popular than water in the middle ages, as it was safer.

7. Scientists use the same technology to monitor bubbles in beer, as they do to monitor volcanoes.

‘It’s OUR shout’ Tuesday
Ways To Show Dad You Love Him!