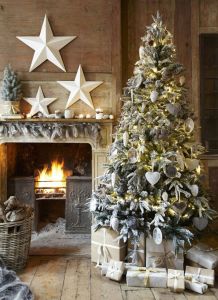 Christmas is a time of happiness and being merry, a time when family comes together to celebrate. You know it is Christmas time when the whole atmosphere is charged with a warm aura, not to mention the decorations and the movies on television!

What we’ve come to know as Christmas traditions, such as placing gifts under the tree on Christmas Eve, is different from traditions around the world. Here are a few of the different ways people celebrate worldwide.

Serbian children get the unique opportunity of tying up their parents for Christmas!

Two weeks before Christmas, on a Sunday, the kids tie up their mum. The next Sunday, it’s dad’s turn to get tied up. Mum and dad have to provide a gift as ransom for their freedom.

You know how Santa is believed to live in the North Pole and ride a reindeer-drawn sleigh? In the Netherlands, they call him Sinterklaas. He lives in Spain, rides a steamboat, and is helped by a character called Black Peter.

It is common to decorate your Christmas trees using baubles and other fancy decorations, but in Ukraine, spider webs are used as decorations.

Spider webs, which elsewhere is more common during Halloween, are a Christmas highlight in Ukraine. It stems from a legend there that tells the tale of a poor family, who could not afford to decorate their tree. They woke on Christmas Day to find that a spider had decorated the tree with its web, which was then turned to silver and gold by the sun, and the family never wanted for anything again. Spider webs are therefore considered good luck at Christmas time!

In Germany, children get some of their presents early! December 6th is St. Nicholas’ Day and “der Nikolaus” brings some small gifts, such as sweets and chocolate, to the children. He comes in the night between the 5th and the 6th and puts the presents in the shoes of the children, who usually polish them and place them outside their doors on the previous evening.

They also celebrate Christmas Day on the traditional date, but Santa Claus or Father Christmas (der Weihnachtsmann) brings the presents on the evening of December 24th not the 25th.

In Australia, we’re lucky to have a summer Christmas. While it might not fit the traditional stereotype of a white Christmas, it makes spending time with our family that much more fun!