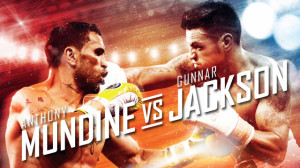 Head into the 2012 AHA Sports Bar of the year to watch the fight live on the BIG Screen!

It’s steak night so grab a group of friends for a great night out!

Fresh off his defeat of Shane Mosley, Anthony Mundine takes on 27 year old Kiwi Gunnar “The Stunna” Jackson LIVE from the Brisbane Entertainment Centre after original opponent Carson Jones from the USA was forced to withdraw due to illness.

And “Super” Quade Cooper returns to the ring after an epic season with the Wallabies. Cooper, who made his professional boxing debut at the beginning of the year with an impressive Rd 1 knockout hopes to continue to entertain his fans with another great performance against Warren Tresidder.